What Are MERV Ratings and Why Do They Matter?

Did you know that the average American spends about 87 percent of his or her day indoors? With that being the case, it’s more important than ever to make sure that the air you’re breathing is as clean and clear as possible.

One of the best ways to tell how clean your air is, is from the minimum efficiency reporting value, or MERV, of your air filter. Your air filter’s MERV will tell you, on a scale of 1 to 20, just how effective your filter is at removing different kinds of particles from the air and keeping your air as pure as necessary.

If you’re in the market for HVAC replacement in Auburn, GA, it’s important for you to consider exactly what your home needs your air filter to take care of before you plunk down your hard-earned money on a system and filter. Here are a few things to consider! 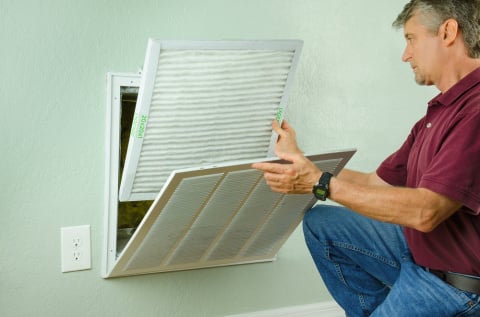 Higher numbers are more efficient on the MERV scale, but they’re also going to be more expensive. With that being the case, you want to choose the filter that keeps out the smallest particles that will cause problems for your family. A MERV rating of 20 is at the top of the line, but it’s only necessary in a place such as a hospital that sees a lot of people and has a lot of bacteria and viruses traveling through the air.

In most cases, you’ll be fine with a filter that’s in the middle of the pack, but you’ll want a higher MERV number if you have multiple children, pets, or people with allergies. A good rule of thumb to remember is that the more likely someone is to get sick, the higher the MERV number should be.

The number on your filter indicates the level of filter efficiency. A higher number means the smallest particles are able to be filtered out. The lowest number is MERV 8, which is only able to control pet dander and other household allergens. The highest MERV rating is 13. It’s able to capture particles smaller than 1 micron.

If you’ve ever owned a dog or cat, you probably know that their dander leads to the filters filling up much faster than they did before they came into your lives. That’s because your filter catches the loose dander and keeps it from circulating through the home, helping everyone to breathe much easier. But particles that might be smaller than the dander can actually pass through the filter, which allows them to get mixed in with the rest of the air.

When filters are designed to catch smaller particles, they do exactly that and remove those tiny dust particles. However, because those particles are now being caught, space fills up faster and requires a quicker change. That’s why it’s a good idea to use the lowest MERV number that will do the job for your family’s needs! 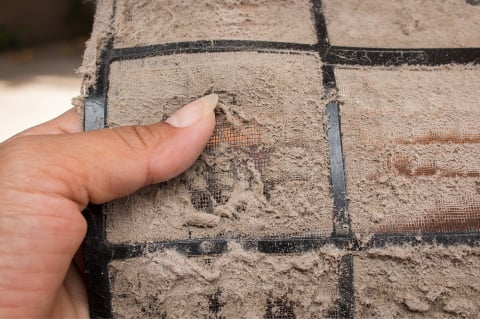 Your air filter is one of the hardest working parts of your home, and having the right one is a great step toward maximizing the life of your HVAC. By making sure you’re using the right filter for your needs, you can make your next HVAC replacement in Auburn, GA, the last one you’ll have to worry about for a while!